Chengdu is located in central Sichuan and is one of the most important economic, financial, commercial, cultural, transportation, and communication centers in Western China. Its economy is diverse, characterized by the machinery, automobile, medicine, food, and information technology industries. Chengdu Shuangliu International Airport, a hub of Air China and Sichuan Airlines, is one of the 30 busiest airports in the world, and the Chengdu railway station is one of the six biggest in China. Chengdu also hosts many international companies and more than 12 consulates; more than 270 Fortune 500 companies have established branches in Chengdu. Chengdu is the seat of the Western Theatre Command region of the People's Liberation Army. Chengdu will host the FISU Summer World University Games in 2021, an international multi-sport event. It is considered one of the most livable cities in China. As the world’s famous giant panda ex situ conservation base, scientific research and breeding base, public education base and educational tourism base, the Chengdu Research Base of Giant Panda Breeding (hereinafter referred as the Base), located at No. 1375 Outer North Panda Avenue, Chenghua District of Chengdu, Sichuan Province and covering an area of about 247 acres, is 10 kilometers from downtown Chengdu and about 30 kilometers from Shuangliu International Airport. The Base, as the “giant panda ex situ conservation ecological demonstration project”, is famous for the protection and breeding of endangered wild animals that are unique to China, including giant pandas and red pandas. It is honored as “the national treasure’s natural paradise and the people’s land of idyllic beauty” for its beautiful environment of overlapping mountains, clean water, lush trees, and chirping birds. 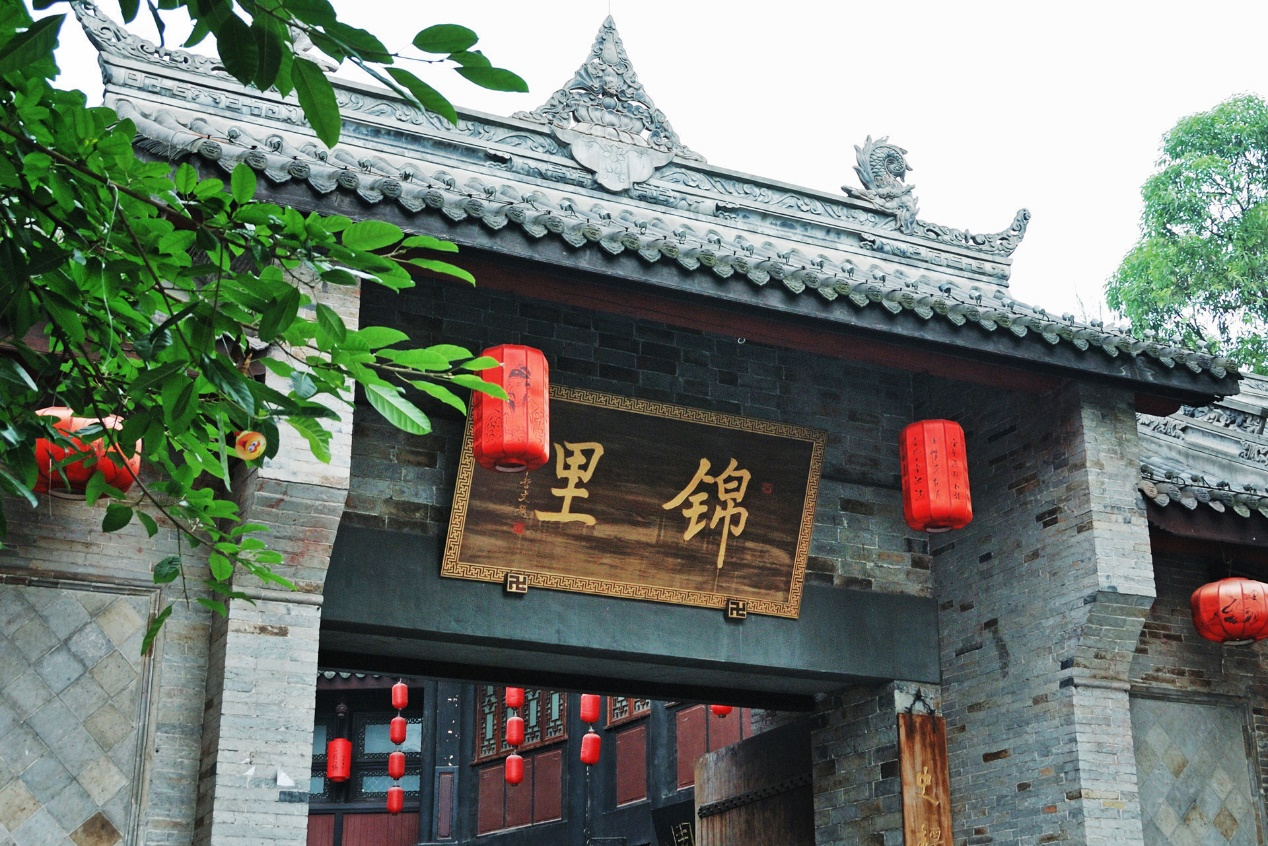 Jinli is a street in Chengdu, Sichuan, China. The street is about 550 meters long. It is a part of the Temple of Marquis, and the buildings are in the Qing Dynasty style. The theme is Three Kingdoms Culture, a traditional folk custom. There are many bars, inns, snack stores and souvenir shops. The street was renovated in 2004.[1] In 2005, Jinli was named as “National Top Ten City Commercial Pedestrian Street”. In 2006, Jinli was named as “National Demonstration Base Of The Cultural Industry” by the Ministry of Culture. There are approximately 18,000,000 visitors a year. Especially in Spring Festival, more people come to visit "Big Temple Fair". Wuhou Temple, also known as Wuhou Shrine Temple of Marquis, is dedicated to Zhuge Liang, the Marquis Wu (Wuhou) of the Kingdom of Shu in the Three Kingdoms Period (220 - 280). Zhuge Liang was an excellent politician, militarist, diplomat and astronomer. In addition, the Temple of Liu Bei, the emperor of Shuhan, and his mausoleum are well-known historical sites inside this big scenic spot. Du Fu Thatched Cottage is a 24-acre (97,000 m2) park and museum in honour of the Tang dynasty poet Du Fu at the western outskirts of Chengdu, adjacent to the Huanhua Xi (Flower Rinsing Creek). In 759 Du moved to Chengdu, built a thatched hut near the Flower Rinsing Creek and lived there for four years. The "thatched hut" period was the peak of Du's creativity, during which he wrote two hundred and forty poems, among them "My Thatched Hut was torn apart by Autumn Wind" and "The Prime Minister of Shu". Du Fu Thatched Cottage is now a popular destination for Du enthusiasts around the world to pay tribute to the poet.